Just to get a taste at just how behind I am in posting, this was now several weeks ago..
Back then it was hot, hotter then hot. And dry. It hadn't rained in months. Bush was lighting up at the drop of a spark.
In fact there was a particularly nasty bushfire that had blazed up out of control and was threatening quite close.. evenings for a day or two looked much like this thanks to all the smoke in the air: 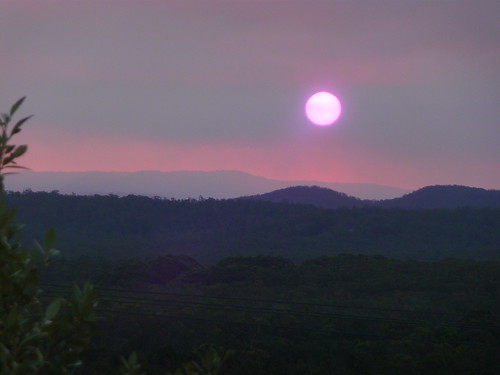 It was incredibly difficult to photograph; I only had a few moments to fiddle around with the camera as the sun set pretty quickly. In the above photo you can see the electric pink colour ringing around the sun; the whole thing was actually that blood red/pink colour to my eye. 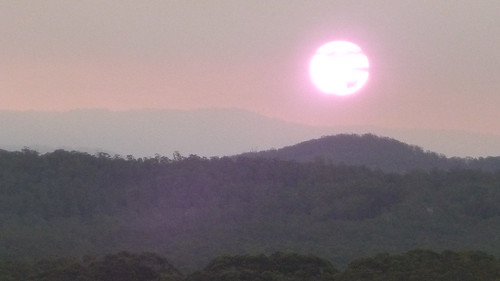 The thing UFO sightings are made of, I think; doesn't it look like it's a glowing orb just hovering over that near hill? 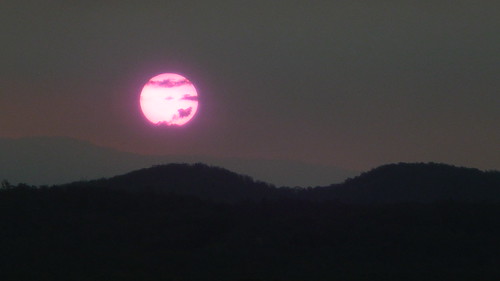 The fire was brought under control of course and nothing beyond this one threatened my area of the world.
Of course now, three weeks later we're being ravished by floods.
I know I've said it before, and I expect you'll be hearing it again, but what an incredible country I live in.